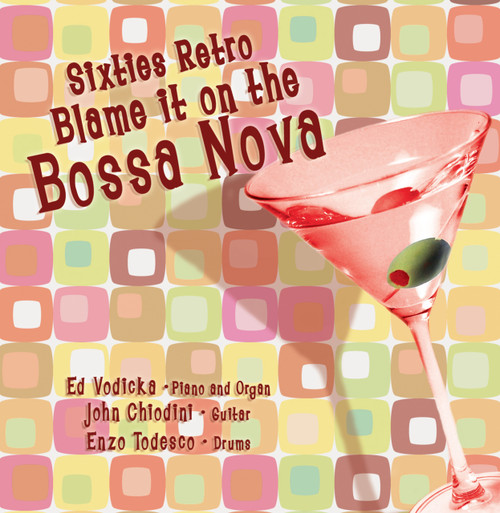 Bossa Nova was a craze that spanned all ages from young hipsters to their parents.  It was an invasion of "cool rhythms" emanating from Brazil, led by the king of bossa composers, Antonio Carlos Jobim.

The original instrumentation was mostly acoustic guitars and Latin percussion with the lyrics sung in Portuguese, but the tunes soon took on all manner of orchestration from studio orchestras to electric combos.

One of the sounds of the time was the electronic organ trio or quartet, usually featuring the classic Hammond B-3 organ.  Organist Walter Wanderly was the player to beat in that arena and his hit records followed one after the other.

But while the invasion of stellar original music compositions continued from South America, Bossa Nova also found another voice by influencing other Pop music of the day.  Take a Pop/Rock hit, a Broadway or Hollywood theme, or even an old standard and infuse it with that infectious Brazilian rhythm and instrumentation, and, well -- you had a hit!

That's just what pianist/organist Ed Vodicka -- along with virtuoso guitarist John Chiodini and drummer extraordinaire Enzo Todesco -- has done in this recording -- "Sixties Retro -- Blame It On The Bossa Nova."  Drawing from Pop tunes of the time (instead of the more expected Jobim/Brazilian compositions) Ed and company recreate the sound that has all but vanished from the music scene -- the tres-cool, super-chic, hipper-than-hip sound of the classic 60's Bossa Organ Trio.  Instead of a Hammond B-3, Ed utilizes a state-of-the-art Roland VK-88 electronic organ.  This ultra modern version of the classic B-3 was the brain-child of Ed's dear friend and electronic music guru and trendsetter, Ikutaro Kakehashi, founder of Roland Corporation and a musical instrument visionary.

We present this musical offering in the memory of the great Taro Kakehashi and the brilliant drummer Enzo Todesco, both of whom passed on before this album could be released.

And now it's time to get into your time capsule and enjoy the ride . . . !